Constitutive GPCR activity is also of notable pharmacological and therapeutic importance. Indeed, several drugs previously classified as classical (i.e., neutral) receptor antagonists (including certain β-blockers, antihistaminics, antipsychotics, antihypertensives and antiserotoninergics) have demonstrated the capacity to inhibit ligand-independent activity. This so-called “inverse agonism” or “negative efficacy” is believed to (at least partly) account for the therapeutic effect of these drugs [5]. Targeting constitutive GPCR activity with inverse agonists has opened a new therapeutic avenue and thus, methods enabling the identification of constitutively active GPCRs and inverse agonist activity of compounds will be of great value to GPCR drug discovery programmes.

In this application note, we demonstrate how bioSensAll® biosensors were used to detect the constitutive activity of human CB1 and A1 receptors and the inverse agonist effects of corresponding ligands. 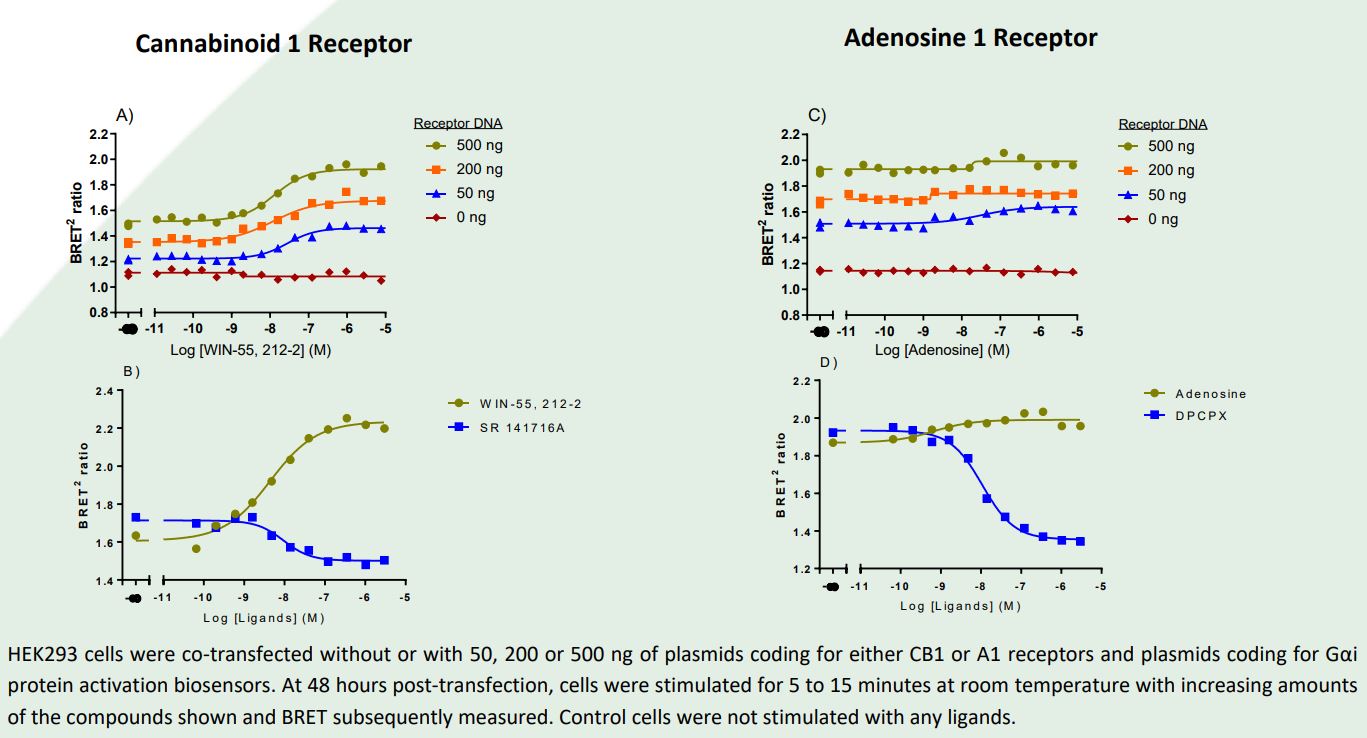 Both CB1 and A1 receptors exhibited constitutive activation of the Gαi biosensor, as evidenced by the receptor DNA dose-dependent increase in BRET in the absence of ligand (Figs. A and C). Further, the CB1 and A1 receptor agonists WIN-55,212-2 and adenosine, respectively, dose-dependently increased activation of Gαi at all receptor concentrations. Importantly, these ligands
produced no response in the absence of receptor. The constitutive activity observed for CB1 and A1 receptors (at 500 ng of receptor DNA) was dose-dependently reversed by SR 141716A and DPCPX, respectively (Figs. B and D). These ligands can thus be classified as inverse agonists of their
respective receptors. The bioSensAll® technology allows for the detection of constitutively active GPCRs as well as the identification and characterization of inverse agonists in rapid, simple and single assay.