Parathyroid hormone (PTH)/parathyroid hormone–related protein receptor (PTH1R) is a family B GPCR involved in the regulation of skeletal development, bone turnover, and calcium homeostasis. Activation of PTH1R by PTH has been shown to promote receptor association to both G proteins and β-arrestins. Interestingly, biased PTH1R ligands have displayed the potential to uncouple the beneficial anabolic effects from catabolic effects of PTH1R activation in bone. Modification of PTH N- or C-termini has been demonstrated to alter receptor signaling and may guide the development of functionally selective PTH1R ligands. Such ligands may afford advantages in displaying reduced catabolic and calciotropic side effects and improved pharmacokinetics. Herein, we demonstrate how bioSens-All® biosensors were used to characterize and differentiate the signaling signatures of two PTH1R ligands: PTH(1–34) and the PTH analogue Tyr1-PTH.
Both ligands were profiled on various G protein and β-arrestin biosensors (Figure below).

This example clearly depict what bias signaling is, which opens the possibility to precisely design drugs to maximize their therapeutic effects. 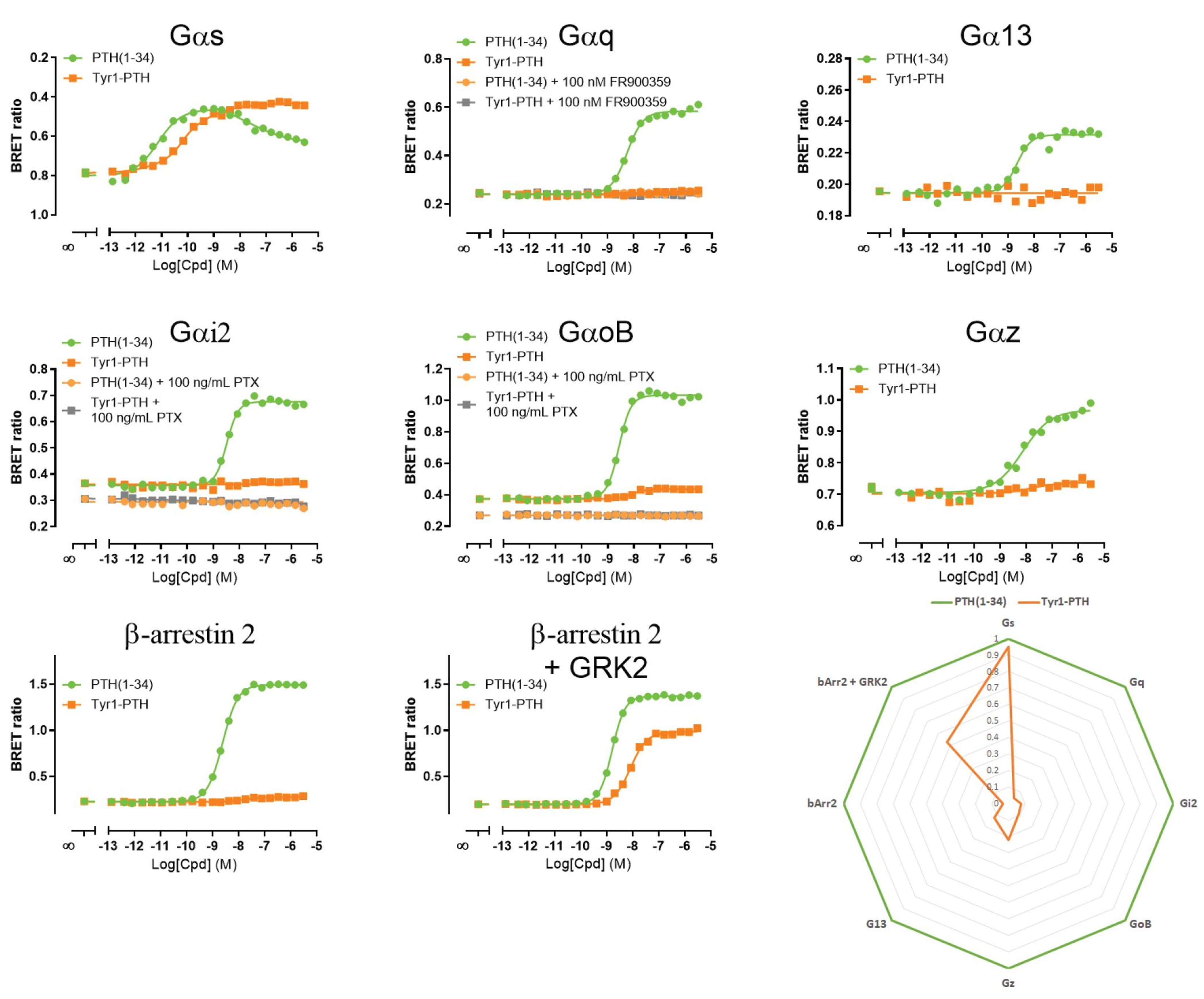