How the biosensors work

The bioSens-All® multimolecular GABY BRET sensors were designed to monitor the conformational changes that occur within the heterotrimeric complex upon Gα activation and effector interaction (1-3). Gα subunits are internally fused to Renilla luciferase (RLuc; R in figure below) and Gγ subunit is tagged at its N-terminus with green fluorescent protein (GFP; G in figure below). G protein activation by a receptor generally leads to a decrease in the BRET signal.

HEK293 cells were transfected with a receptor coding plasmid (either human parathyroid hormone type 1 receptor (PTHR1), human mu opioid receptor (MOR) or human bradykinin receptor B2 (BDKRB2)) in addition to plasmids coding for the GABY biosensor. On the day of BRET, cells were rinsed with assay buffer, incubated with coelenterazine and increasing amounts of PTH(1-34), DAMGO or kallidin for 10 minutes and BRET subsequently measured. 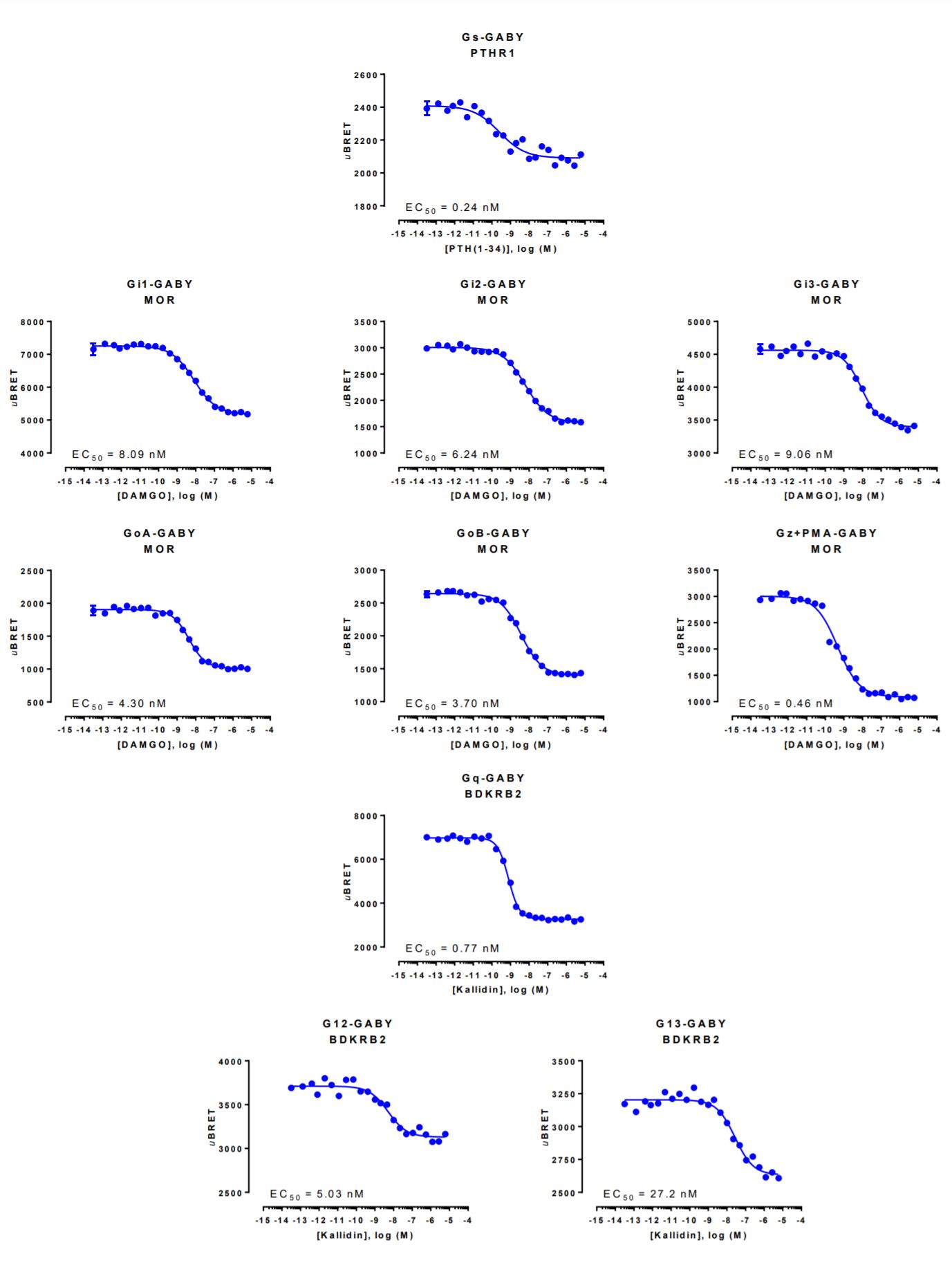