How the biosensor works

RhoA is a member of the Rho family of small (monomeric) G proteins. Like heterotrimeric G proteins, RhoA (and other small G proteins) cycles between an inactive GDP-bound state and an active GTP-bound state. Exchange of GDP for GTP is regulated by Rho guanine nucleotide exchange factors (RhoGEFs), which are subject to regulation by G protein-coupled receptors (GPCRs). Indeed, RhoA has been shown to be an important proximal downstream effector of various GPCRs linked to Gα12/13 (e.g., thrombin, sphingosine-1-phosphate, thromboxane A2 and lysophosphatidic acid receptors) (1). Evidence for the activation of RhoA by Gαq- and Gαi family-coupled GPCRs is also available (1-2). RhoA is primarily involved in processes related to cytoskeletal remodeling, including cell adhesion, migration and proliferation.

The bioSens-All® multimolecular RhoA activation biosensor consists of a RhoA binding domain (RhoA-BD in figure below) fused at its C-terminus to Renilla luciferase (RLuc; R in following figure) that translocates to the plasma membrane upon RhoA activation. Membrane recruitment of this biosensor translates into an increased BRET efficiency with a plasma membrane anchored green fluorescent protein (GFP; G in figure below).

RhoA activation data generated with the Bradykinin B2 receptor 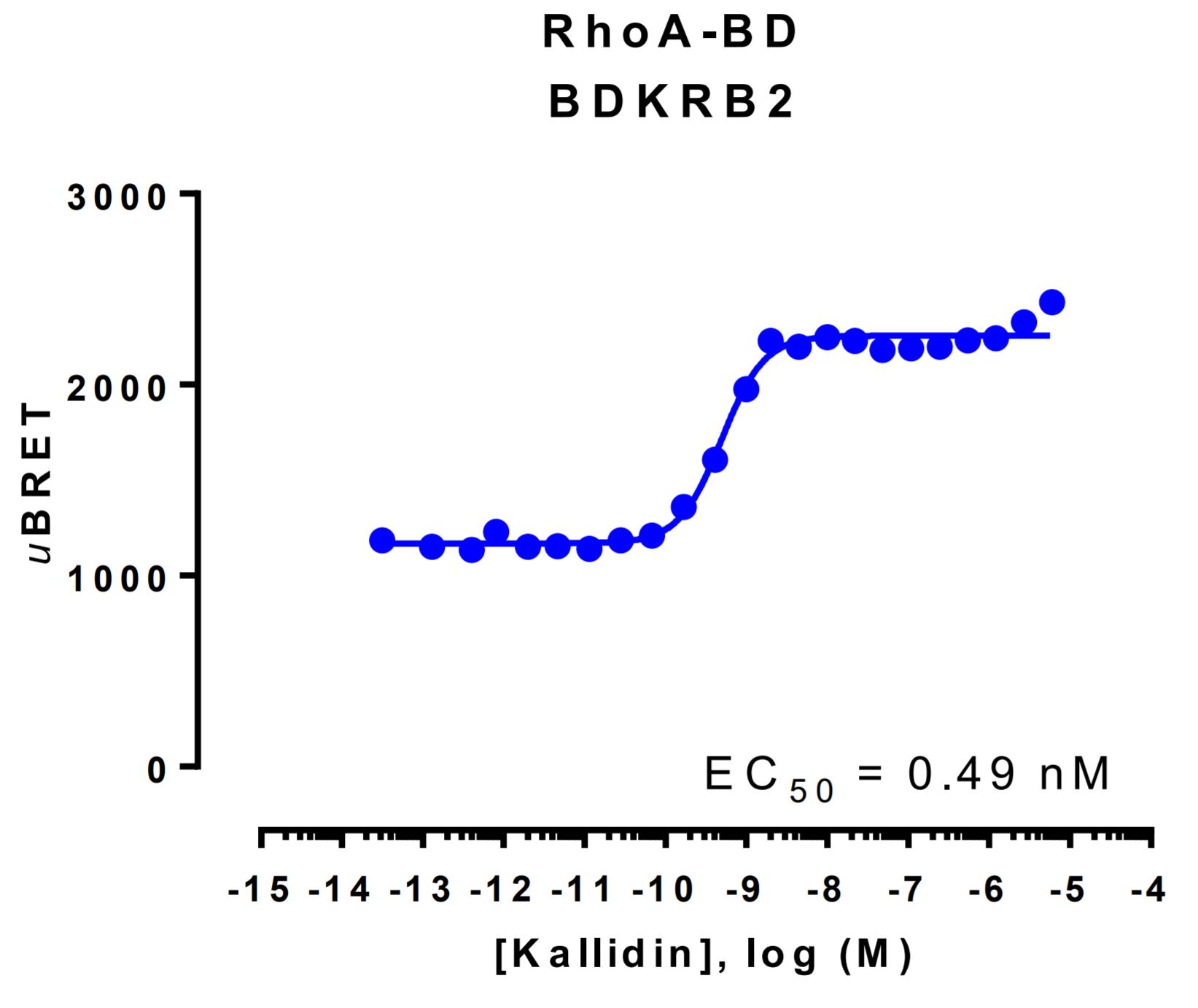 HEK293 cells were transfected with a receptor coding plasmid (human bradykinin receptor B2 (BDKRB2)) and plasmids coding for the RhoA activation biosensor. On the day of BRET, cells were rinsed with assay buffer, incubated with coelenterazine and increasing amounts of kallidin for 10 minutes and BRET subsequently measured.